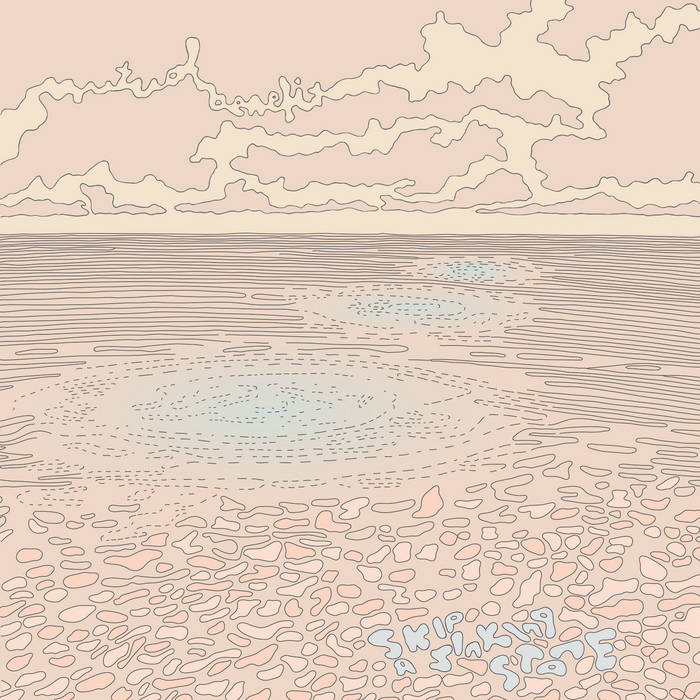 heylisten The allegory of a skipping stone is an effective allusion to how often things far exceed our meagre foresight. Perhaps there is comfort to be found in life's intricacies and trivialities, in spite of the mysteries that are hidden in the murky depths below. Favorite track: The Hereafter.

igmundfreud As someone wholeheartedly convinced by Italo Calvino's (and Kundera's) ideas of Lightness, The Herafter strikes all the right chords with its ethereal musicality and the stunning inquiry of its lyrics. Jordan's work (and that of all the musicians he collaborates with) has left me utterly floored since I first discovered Love's Crushing Diamond several years ago. They are, unquestionably, my favourite band at present, and The Hereafter is, unquestionably, my favourite song. Favorite track: The Hereafter.

“It takes more than just a fleeting dream to set us free,” sings Jordan Lee on “Skipping Stones” the titular track on Mutual Benefit’s newest album, Skip a Sinking Stone. It’s a truism that still holds power, and it acts as a sort of missive for the entire album: a two-part meditation on impermanence that also acts as a portrait of growing up.

Skip a Sinking Stone takes place after the success of Love’s Crushing Diamond, with Lee settled into a life that passes as steady. The first half of the record, awash in warm string arrangements and hope, is written about the year that followed: Mutual Benefit’s rotating cast of friends and collaborators is touring non-stop, playing professional stages and festivals (including Pitchfork and FORM Arcosanti), and Lee is in love.

“Getting Gone” chugs along with the easy rhythm of a van pulling onto the freeway, settling into the zen-like blankness of rolling along from city to city, show to show. “We can see stars from here / why would we go back anywhere,” sings Lee from the glowing swells of “Lost Dreamers,” taking solace in moments of freedom on the road even as touring routinizes from a utopic pursuit into a day job. The album title is itself pulled from such a moment: pulling off the road to skip stones with the band, seeing how long they could be kept above water before finally sinking.

The second half of the album finds Lee in New York, in a rare position of having the time and resources to work on the new record full-time. Lee lives and records at the Silent Barn, breaking from his usual nomadic lifestyle to explore staying in one place, reflected musically by a comparative stillness and introspection. However, New York life presents another kind of unreality: one colored by growing depression, a downturn in the relationship, and a city in turmoil, the atmosphere heavy with grief and anger in the wake of the Eric Garner verdict and resulting Black Lives Matter protests (an environment which informed “City Sirens”). The closing track, “The Hereafter,” returns to the image of the skipping stone, following it as it sinks.

“I kept coming back to how nice that was, throwing these stones against the water,” says Lee. “I thought it was a fitting metaphor for the endeavors I have in my life—sometimes they work out and sometimes they don’t. I think it’s a good exercise in accepting impermanence and failure and these things that are constant, and yet the activity of skipping stones is really relaxing and beautiful. But in another sense you’re just letting these stones sink each time.”

Mutual Benefit’s debut LP Love’s Crushing Diamond was praised for being vulnerable and warmhearted and Skip a Sinking Stone is equally so, patiently built from carefully chosen lines illustrated by lush astral folk and intricately composed arrangements that manage to appear effortless. Each stone ultimately sinks, but, as Lee sings on the album’s zenith—a comforting folk track first written for the Shaking Through series—as the cycle ends and repeats again all we can do is maintain the hope that it’s “Not for Nothing.”

The bulk of Skip a Sinking Stone was recorded during Lee’s residency at the Silent Barn in Brooklyn, both on his own and in Gravesend Recording Studios with Carlos Hernandez and Julian Fader from Ava Luna. Stone is shaped by collaborations with friends and recurring members of Mutual Benefit’s rotating cast: further recording work was done with Mutual Benefit drummer Dillon Zahner in Boston and violinist Jake Falby in New Hampshire, and the record contains guitar by Mike Clifford, vocals from Lee’s sister Whitney (also a touring member of the band following Diamond), flute by Noah Klein (Cuddle Formation) on “Getting Gone,” and keys by Dan Goldberg (The Spookfish). The record was mixed by Brian Deck (The Moon and Antarctica, The Shepherd’s Dog, Ugly Casanova).

Bandcamp Daily  your guide to the world of Bandcamp

outré black metal, with a Victory Over the Sun interview and music from Liturgy and Jute Gyte.